An unobstructed view of Fuji 100km away?
-The Origin of Suwa Basin- 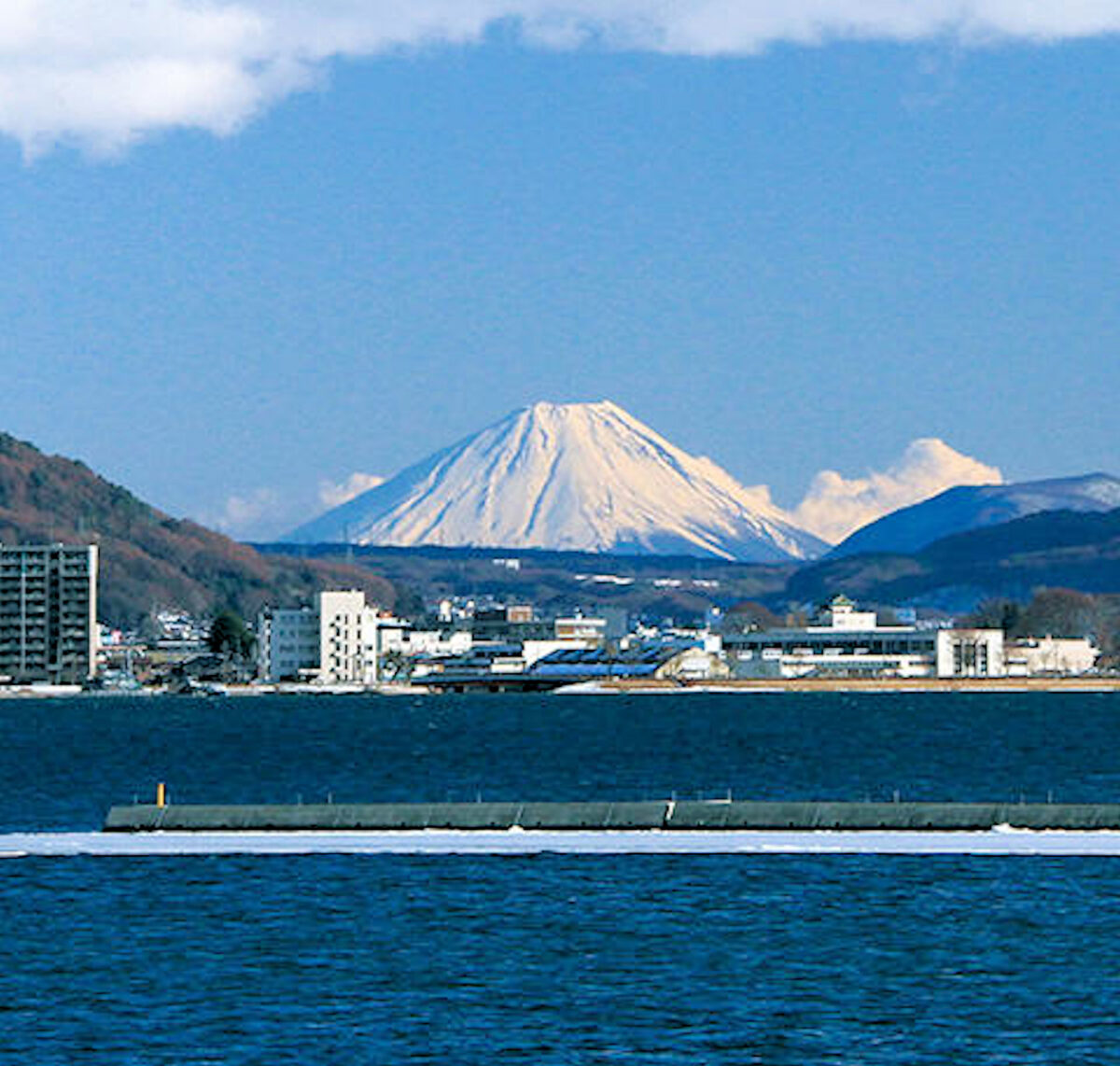 Considering that nearly 80% of Nagano Prefecture is mountainous, and that the shores of Lake Suwa in Shimosuwa reside at the bottom of the Suwa Basin, it truly is a geological miracle that the region offers an unobstructed view of Mt. Fuji, which sits nearly 100 km away. This enchanting and altogether rare view continues to impress visitors to this day, let alone travelers of the past on the Nakasendo and Koshu Kaido Highways. On these pages, I would like to elucidate how the geological coincidences were formed along with the Suwa Basin. 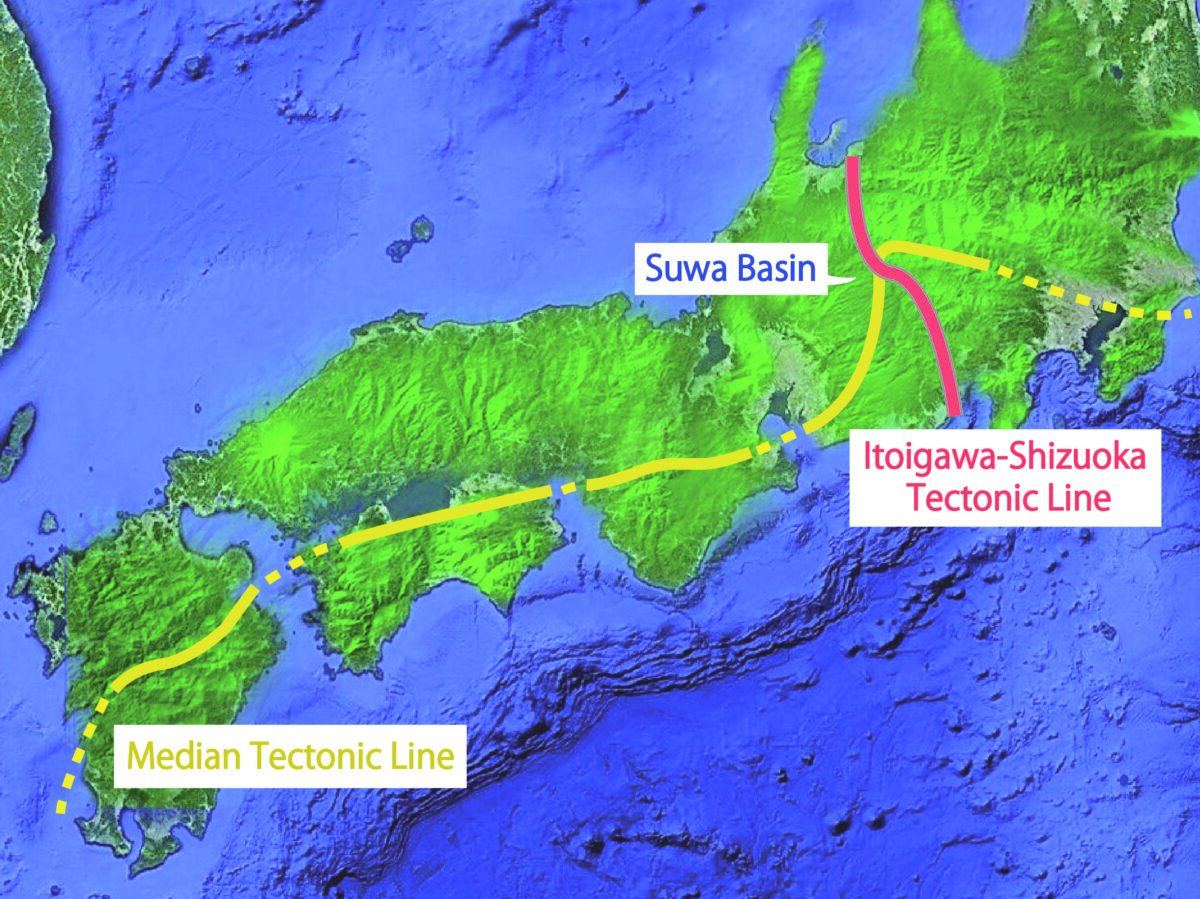 First, we must examine the geological features of the Suwa Basin. This graphic shows the intersection of the Median Tectonic Line and the Itoigawa-Shizuoka Tectonic Line. Both of these lines played an essential role in forming the Japanese archipelago, and they intersect precisely at the Suwa Basin. This geological feature is why the topography of the Suwa area is so expressive, featuring Lake Suwa, hot springs, volcanoes, high-quality obsidian, and an abundant variety of rocks. 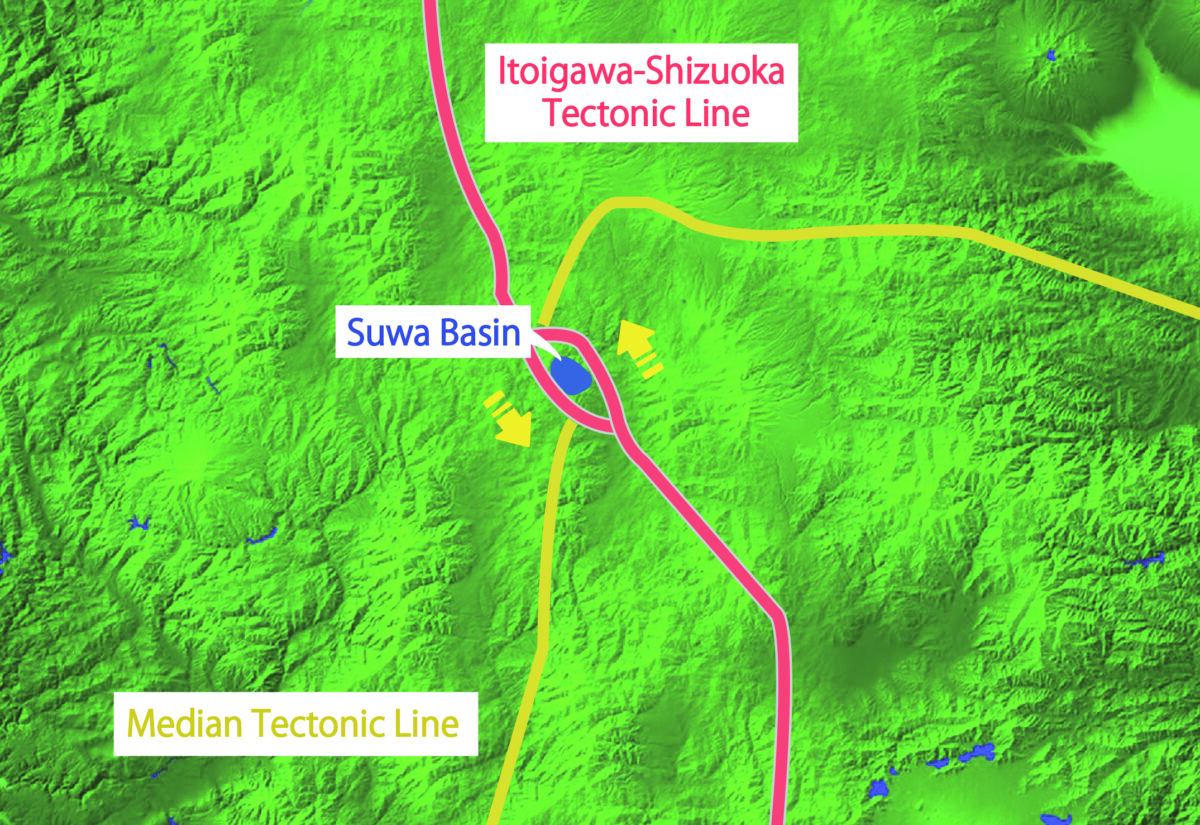 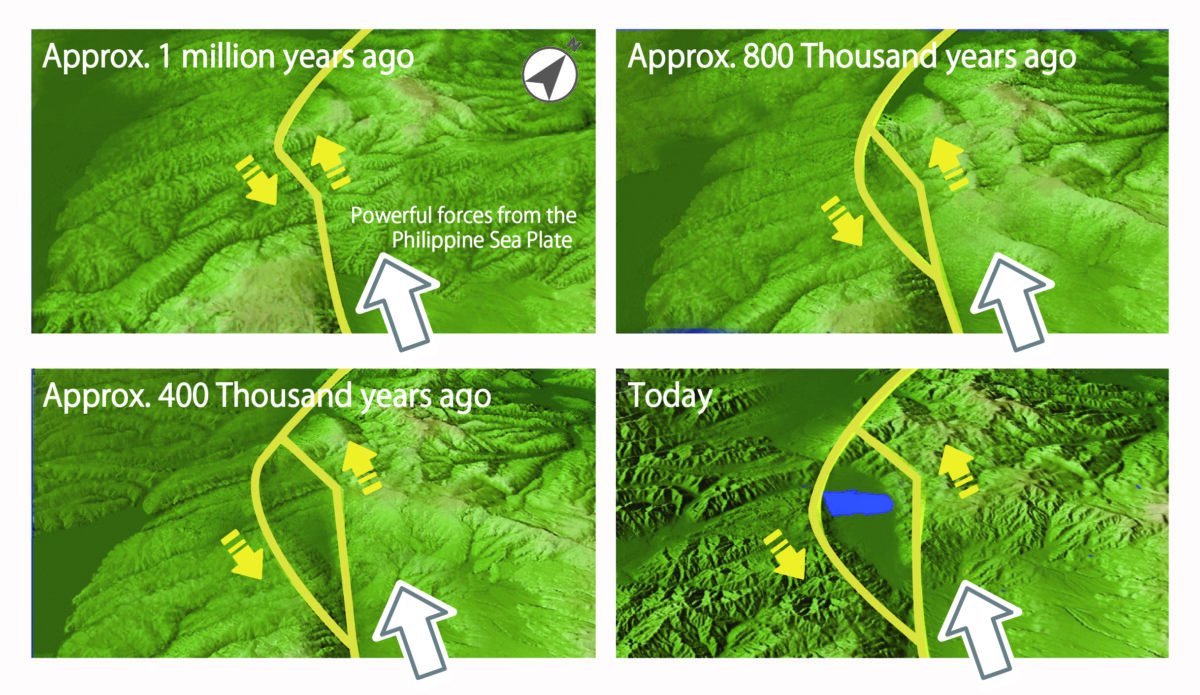 Drawn from “Active Faults in the Suwa Basin, and Its Evolution as a Pull-Apart Basin on the Itoigawa-Shizuoka Tectonic Line, Central Japan” Takatoshi FUJIMORI, 1991

This information begs the question: “How exactly did the Suwa Basin come about?” The key player here would be the Philippine Sea Plate, which is located south of the Japanese Archipelago. Nearly 1 million years ago, forces from the Philippine Sea Plate began to push northwestward. These forces especially exerted pressure on the central portion of the Itoigawa-Shizuoka Tectonic Line. As this pressure was applied to the eastern side of the Itoigawa-Shizuoka Tectonic Line, the pressure from the Eurasian Plate was also applied to the western side. Lateral movement to the left occurred at the very point where that load was strongest, and these forces eventually tore a “hole”, or basin, in the earth. Such basins are known as “pull-apart basins”. 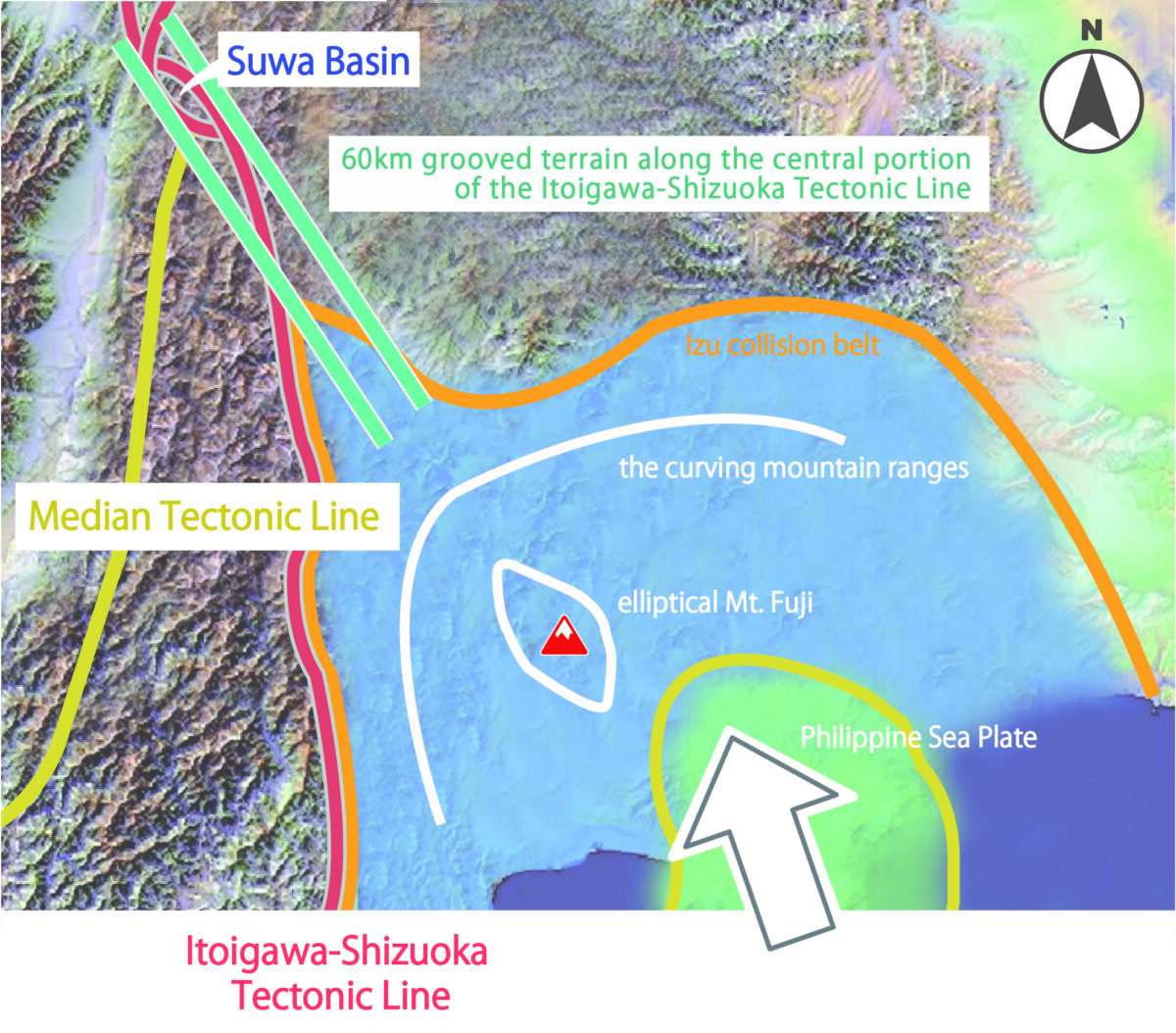 Via the process of forming the Suwa Basin by the extreme forces of the Philippine Sea Plate, unique topographical features, such as the elliptical Mt. Fuji, the curving mountain ranges around it, and the grooved terrain that extends nearly 60 km along the central portion of the Itoigawa-Shizuoka Tectonic Line, were also formed.

It is for these reasons that Mt. Fuji can be seen clearly from the Suwa Basin despite being flanked by mountains on both sides. The powerful pressure of the Philippine Sea Plate led to an extremely rare alignment of the Suwa Basin, the grooved terrain, and Mt. Fuji itself.